This morning, a parcel arrived from Miniature Heroes, who carry the Reaper lines in the UK. In it was a small collection of minis for my Sundering Elf Quest of the One Tree.

I realised I'd made a mistake however. One of the minis, it turns out, was a filthy round-ear. I don't really know what to do about that. I looked at the tags - they said 'Elf, Human'. You can't see the ear on the photo. But it is there. The horror. 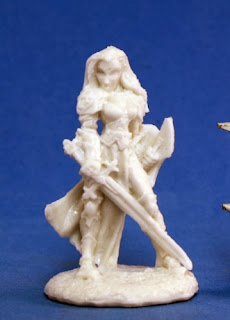 There she is - Finari the female Paladin, sculpted by Werner Klocke, one of my favourite sculptors and responsible for my favourite mini of all time, Jolie the Female Scribe. Finari is a very nice mini, of course, and it's always good to have more female minis for any game. But - not destined, as I'd hoped, to captain a unit of Elves after all. I shall have to find another use for her - possibly even as a companion for Jolie.

Next up is Lysette the wizard, who combines a magic staff and a huge sword - as only Elves can in D&D. The right sort of ears on this one to be sure. 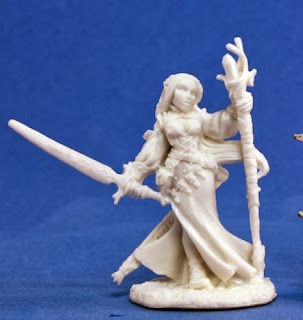 Not certain how to paint her yet - the fact she's called 'Lysette' makes me think of Krull of course. Can I give the Princess Lyssa treatment? Perhaps something like the shot from Krull is in order? On the other hand, that is more or less how I painted Jolie the Female Scribe - red hair and a kinda yellow-y dress. More thought needed here. 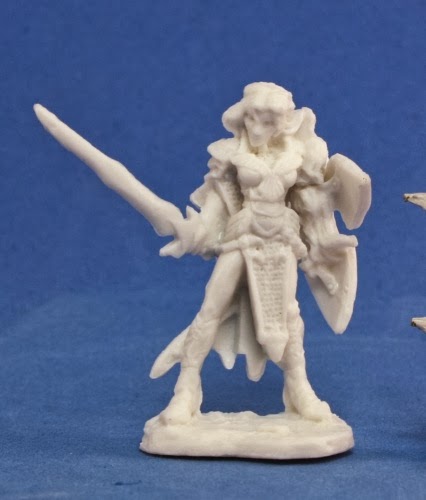 Aviriel Tellerion is next up. Avariel like long walks in the woods, communing with animals, and stabbing things with another impressive weapon. Not given any particular character class, Aviriel is obviously some kind of warrior. She has no staff - she doesn't even have a bow. Shocking.

Then there's Turanil.  No jokes about impressive weapons please. Turanil is listed as a Paladin. A well-armed and well-armoured warrior is what that means. He does look pretty impressive I think. Of all of them he's the one that looks most 'High Elf', I think. 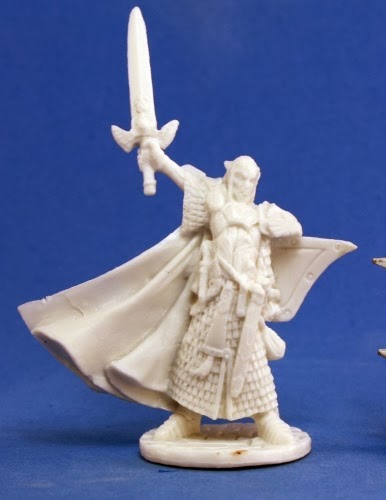 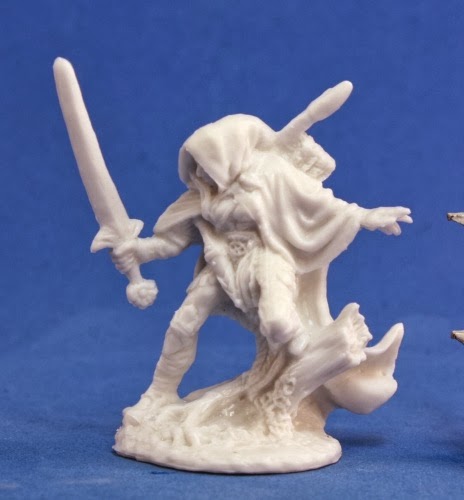 After Turanil is Nienna, who is listed as a Female Ranger. I think she looks really cool. With her bow, sword and dagger, swirled in her great cloak, poised on a tree-stump, she looks ready for anything. I like the idea of painting her as a 'Shadow Elf'. I shall have to look into that.

Following Nienna is Arthrand Nightblade, like Nienna a Ranger, unlike Nienna a male. He too has a large sword, I'm presuming that is the 'Nightblade'. 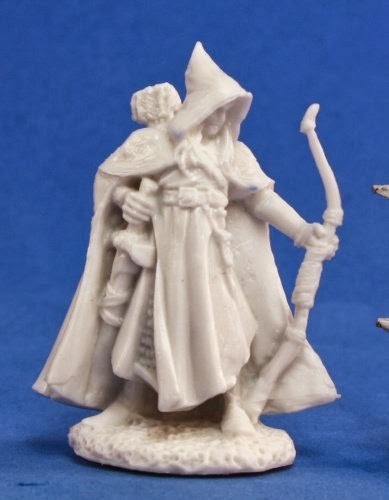 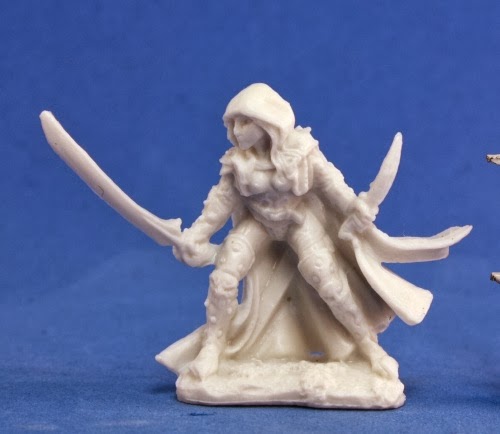 Lastly, and obviously not least (rather the reverse), there is Shaeress, the Dark Elf Queen. I'll probably use her as a magic-user, I'd think. Or maybe she can be a Queen (or at least some kind of aristocratic leader). Not decided yet. 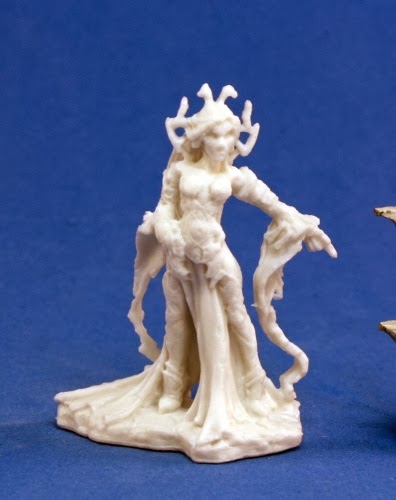 Much thinking to do, I think